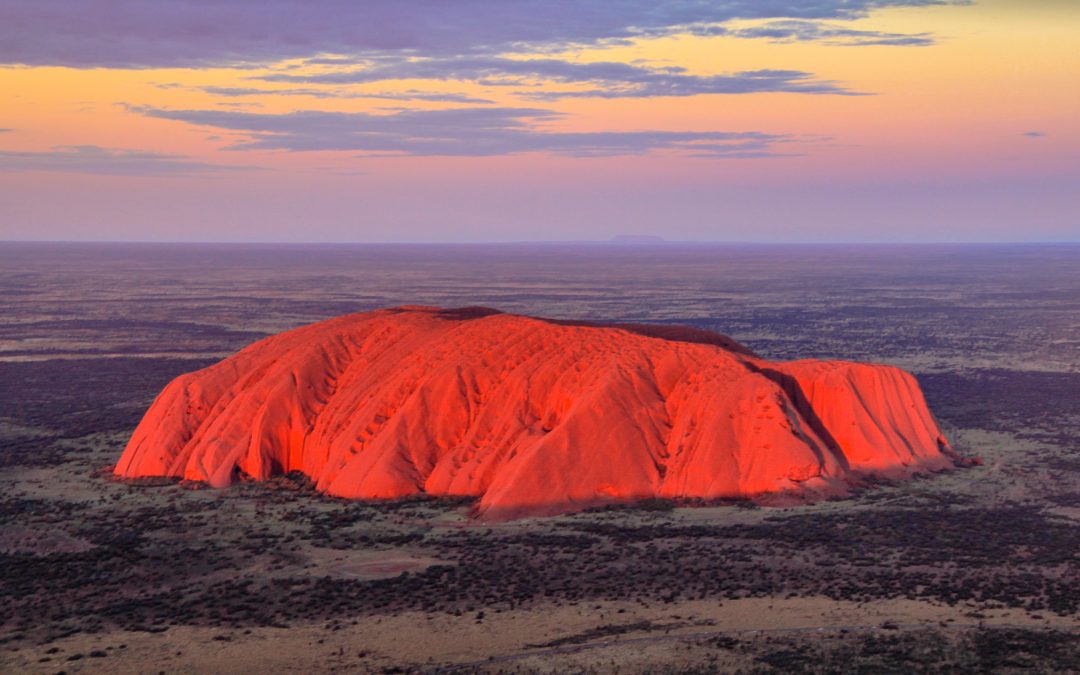 For years now, I have a daily practice of putting an energetic shield around myself before I step out of my home or hotel room. This shield is like a layer of protection for me; it helps me filter out negativity. Only those energies are allowed to come in that are required for my spiritual growth. Even then, some of these energies can knock me out at times. That’s what happened as we approached Uluru in the afternoon. I had passed out on the bus for some time. I woke up suddenly with a terrible cramp in my solar plexus. Thankfully, the bus stopped at the Cultural Centre near Uluru. Summoning all my strength, I ran to the washroom to relieve myself. I am extremely careful about what I eat when I am visiting sacred places, totally focused on ensuring nothing gets in between me and the meditation work I am to do there. I drank some water and sat down until I felt better. That’s when I realized what had happened. Uluru and Kata Tjuta constitute earth’s solar plexus chakra. I had forgotten about that. I should have known the energies would be intense. I should have shielded myself up another time that day; I hadn’t. There’s a lesson in every experience. I went through my ritualistic shielding practice for the second time that day before heading out to join the crowd.

Uluru is a massive oval-shaped rock with a circumference of about 10km. The bus drove us around the base, while the guide pointed out the parts that were important for the Anangu, the Aboriginal people of the region. We got off at Kuniya carpark and followed the guide along the Kuniya Walk to the Mutitjulu waterhole, which is the home to an ancestral rainbow snake, Kuniya, and her nephew, Kuka Kuka. There is a story behind this, of course. Kuka Kuka had broken the law of the Liru people (poisonous snakes) and had been chased all the way from Kata Tjuta to Uluru. They threw spears at him and while he dodged most of them, one hit him. Kuniya, the python woman, was in another part of Uluru, taking care of her eggs. When she found out about Kuka Kuka, she rushed over to the spot, which happened to be near the Mutitjulu waterhole. There was a lone Liru man lying in wait, long after the rest had returned to their land. Kuniya spotted the Liru and asked him about Kuka Kuka. The Liru man laughed at her. This angered Kuniya who took her digging stick and hit him on the head twice, killing him. She then carried her nephew’s body to the waterhole. They were both transformed into wanamapi, or rainbow snakes. The guide showed us where the spears had hit, where the Liru man was killed. There were marks on the rock at those places. He showed us some rock art in a nearby cave. It was a fascinating place and I knew I was to return there on the following day for meditation and sketching.

On the way back to the resort, we stopped to catch sunset views of Uluru. As the sun went down behind us, Uluru turned from a bright red back to its regular orange red colour. It was spectacular. During the day, I had made friends with Eunice, who was forced to sit next to me on the bus after a Chinese guy took her seat. She had come all the way from Ireland expecting to spend some quiet time at Uluru but it was not meant to happen that day. Thinking it would cheer her up, I suggested she join the astro tour once we got back to the resort. But, as luck would have it, the tour was full that night. Since I had no other plan anyway, I told her I would love to entertain her with my travel stories if she bought me dinner. It was a joke but, to my surprise, she agreed. Over the following couple of hours, as we chatted over dinner, I told her the best parts of my travels to Cambodia, Turkey, and Israel. Eunice, in return, shared about her recent trip to Namibia, of how great it was, and how she couldn’t feel that same way at Uluru. At that point, I told her one of my favorite stories from my primary school days, Leo Tolstoy’s The Three Questions.

That’s probably not how the story was told, but that is how I remember it. I was eleven then. I wouldn’t understand it until decades later. I don’t think my teacher understood it either. But what an amazing impact it had on my life when I finally did!

After a couple of hours, we decided to go and watch the stars from one of the lookout points on the resort premises. Armed with my Canon DSLR and tripod, two intrepid travelers set off into total darkness. The trail left the concrete hotel world behind us as it snaked through some bushes before rising up to the top of a sand dune. We couldn’t see much beyond a couple of metres. If there were snakes, we didn’t see them. Not that we were scared or anything, just saying. 😉
At the summit, I showed the Southern Cross to Eunice. She was as excited as I had been on the astro tour on the previous night. We spent some time identifying different stars and constellations with the help of the StarWalk phone app before heading back. I had to prepare myself for my upcoming work at Uluru on the following day, so I bid Eunice goodbye. Maybe we will meet again some day to gaze at the stars under an Irish sky.

Go to the next chapter Uluru : Waterhole or go back to the main page