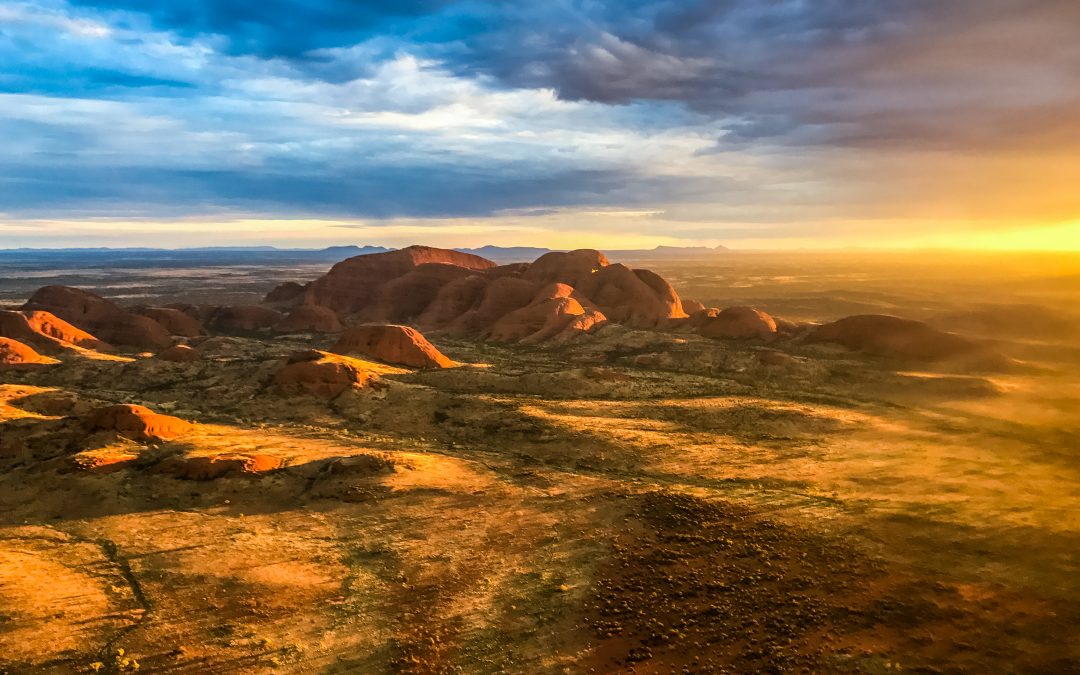 We had another session a couple of weeks later. Alma picked up from where she had left off.
“I am not sure whether this happens during your meditation there or whether it takes place in Dreamtime. I see you walking in that landscape amongst them. It feels like a dreamworld. Before you sleep or after, you are connecting to the dream. This feels more solid than it did the last time, whatever you have done or has taken place, has made it denser. There is no tentativeness or timidity about how you are walking around the place. You are more comfortable and present in that world.”
Then Alma described to me how I prepare for my travels and she got it right.
“They show you getting ready for trips that you take where you are very clear that there’s work you are doing at a spiritual level. Even if the things you do are different, there is a specific pattern you have established around it. You meditate. You also engage at the mind level — the seeking of knowledge, the research, the beginning to dig up information. You also do mediative dreamworld prep as well — opening up the space to drive the knowledge-seeking that you do or it comes in as an affirmation — you create the space to allow it to come in from that experience, from that place. That does include you going into the Akashic Records to do that — to create that space. They are also show you writing in a journal. Those are parts of your protocol that you have established as a precursor to your trips. They show you pouring water over yourself. You bring up your face up and pour water over yourself — cleansing at a metaphysical level, as you step into these experiences, as a part of this process. You bring up your head to acknowledge it.”
I felt a bit embarrassed but it was true.
“I follow rituals like showering that way, as the Essenes did,” I said referring to a distant memory from a lifetime as an Essene; more about this when I share about my Israel trip. “Essenes used to wash their bodies a few times a day. Almost every home had a cistern in the basement for washing rituals.”
“There is very much a ritualistic energy to this.” Alma was referring to my protocol. “It may not happen every day but it is in connection with the trips that you make, you are already doing it.”
After a brief pause, she continued.
“You are going to see a stone. A rock that will grab your attention and call you. It has a light colour, a sandy colored wrap with an interesting pattern on it. It may invoke a landscape that is physical or one that is on the inner plains. It will grab your attention,” she repeated. “You will bring it home as it will be like a link, a reminder, a connection with the trip and the energy you experience there. It is grounded there, a stone of earth. It will be waiting for you in Australia.”
Feeling unsure about the stone Alma mentioned, I changed course to ask her about another sacred place near Ayers Rock.
“What about Kata Tjuta?” I was referring to The Olgas, a series of thirty-six dome-shaped rocks that the Anangu, the indigenous people of the region, consider sacred. There are many Dreamtime legends associated with the place but most of these Dreamtime stories are not disclosed to outsiders and, in particular, to women. It is a place meant for ceremonial education of Anangu men, especially their initiation ceremonies. This is strictly men’s business and women must not learn about it.
“This place has more resonance.” Alma picked up on its energy quickly. “What is interesting about this place is when that image comes up, what comes through immediately is the huddling of the rocks. And, then I see breasts. There is feminine energy there. It is interesting that they don’t allow women access to that place. I don’t know how they talk about it or how they have interpreted that but there is feminine energy there. You must go to Kata Tjuta.”

Dreamtime or Creation Time, which is known as Tjukurpa, provides a framework for the Aboriginal people through which they look at the world and live. It gives them an explanation of how the universe and everything in it was created. It also gives them a set of laws that govern their way of living in a society, their ceremonial rituals, and their art. It doesn’t come as a surprise then to find these stories reflected in Aboriginal art. They use symbols for everything. A stick represents a man, a horse-shoe a woman, and a circle a child. Together, all three form a family. And two families, through symbols, represent a community. A collection of circles represents a tribe, while a stick man represents a spirit ancestor. It gets more interesting from there. These symbols could be drawn in dark colors to represent ordinary people. They could be drawn in white to represent shamans, those that are fully initiated. A sprinkle of dots highlights dreaming. This form of art through symbols is easier to read and understand than Egyptian hieroglyphs, which were meant for writing.

The Aboriginal people say their ancestors, some with human characteristics and some more animal-like, created the land. As they crossed the land, creating hills, valleys, sand dunes, waterholes, they had different experiences. These experiences are stored at those places in the form of energy. That’s why the Aboriginal people consider those places as sacred.
I carried on researching Dreamtime legends. I learned about Walek, the frill-necked lizard, who brought fire. About waterhole dreaming, when three young women came down from the stars (the Belt of Orion) and created sacred pools of dreaming knowledge. How one of them stayed back to play the role of Tya, the earth spirit. How the sun was born when an egg was tossed into the sky. The dreaming of Mother Earth and Father Sky, how the Southern Cross constellation was formed, the story of the Seven Sisters from the Milky Way. Some were similar to creation stories from other ancient people, some were unique to the inhabitants of the land that was to be Australia, with its beautiful flora and strange fauna.

The Dreamtime stories that have been exposed to the world beyond these tribes are the versions of the stories they tell their children. These stories are genderless. As the children grow old, they have male stories and female stories — men’s business and women’s business — these don’t intersect, i.e., some knowledge is segregated to specific genders. These customs and practices are performed by men and women separately. There are strict regulations attached to these practices; penalties for breaking these rules can be severe. Some Aboriginal communities that continue to practice their traditional customs still continue to live this way. These are passed down from generation to generation. The basic principle behind the Aboriginal way of living is that though men and women are separate, they complement each other. Though they are physically and functionally different, they work harmoniously in a relationship. The Aboriginal people accept that either gender can survive on its own, but they know that the relationship is necessary for growth and procreation. These look like outdated ideas on the surface. To those who want to read more about how it operates underneath, I recommend Hannah Rachel Bell’s book Men’s Business, Women’s Business.
Another great book is Charles P. Mountford’s Brown men and red sand. It is a fascinating account of his time spent among the Aboriginal people of Red Centre, studying their art, their legends, and their social customs.